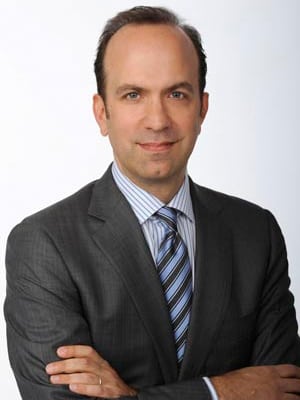 Hot on the heels of co-chair of Disney Media Networks and president of Disney/ABC Television Group Anne Sweeney announced her decision to leave the network to pursue a career in directing comes news that Ben Sherwood, ABC News President, will be her successor.

Effective immediately, Sherwood — who was responsible for driving “Good Morning America” into a #1 spot, brokering a landmark partnership with Yahoo! to create a #1 news and information online network, and launching Fusion (a joint venture news and lifestyle network with Univision) — will begin the transition into the co-chair, Disney Media Networks and president, Disney/ABC Television Group position while simultaneously continuing to oversee ABC News until a successor is named. He will officially take over the role on February 1, 2015, with Sweeney remaining in the position through January 2015.

“Ben is one of those unique executives who combine rich creative experience with great business acumen,” says Robert A. Iger, Chairman and CEO of The Walt Disney Company, via an official ABC press release. “He’s also focused, strategic, and competitive, as evidenced by the success of GMA, the Yahoo deal that delivered ABC News online dominance, and his vision behind our new cable and digital joint venture, Fusion. These reasons, and many others, make Ben the ideal candidate to oversee the future of the Disney/ABC Television Group.”

Adds Sweeney: “It was Ben’s intense passion and incredible insight that made us confident he’d do great things as President of ABC News. Over the years, he has moved from success-to-success and helped create a more vibrant, collaborative and powerful News division that embraces innovation and risk-taking. Ben’s now set to bring those same attributes to bear for the larger Group, and I could not be more thrilled. This announcement simply highlights the fact that our talent and succession planning process works.”

Sherwood, who has been president of ABC News since December 2010, says “I am honored and humbled that Bob has entrusted me with this great responsibility and amazing opportunity. I’m also deeply grateful to Anne, who has built and led a powerhouse division over the last 10 years. I am looking forward to her counsel and wisdom during this transition period. I must also thank the remarkable people of ABC News who inspire me every day with their creativity, dedication and spirit.  I will keep their commitment to excellence and their fierce competitiveness firmly in mind as I move forward to meet this exciting new challenge.”

‘B&B’ Heads Back to Paris With Hope and Liam

SAVE THE DATE: Another ‘As The World Turns’ Cast Reunion Set

‘The Price is Right’ Ratings Continue to Soar

Cady McClain Shares Details From Her First Day at ‘Y&R!’

Trevor St. John To Appear on ‘The Mentalist’

Eight Years After ‘AMC’ and ‘OLTL’ Cancellations, Will a Resurrection Happen?

ABC Scheduled to Meet with Producers Over Possible ‘Roseanne’ Continuation, Without Roseanne Barr

ABC Expands ‘GMA’ to 3 Hours, Cancels ‘The Chew’ After 7 Seasons

Your password reset link appears to be invalid or expired.