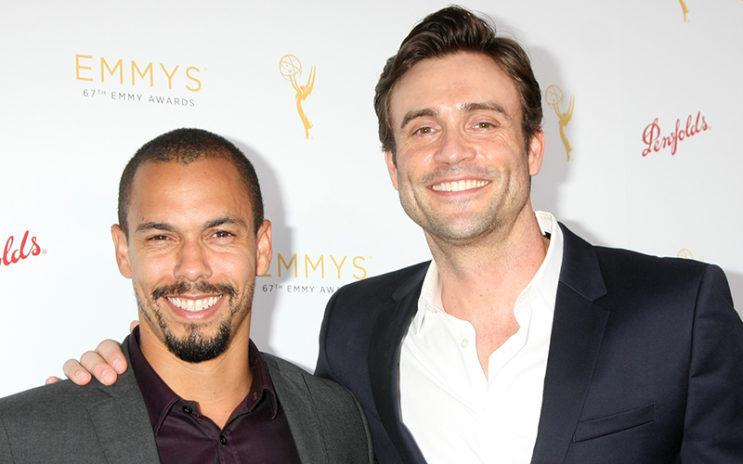 After teasing fans earlier this month that he had some big news to share, “The Young and the Restless'” Daniel Goddard (ex-Cane Ashby) announced alongside Bryton James (Devon Hamilton) the launch of their new social media app, BILDBORD.

“I wanted to find a way to bring the fans together as one group so they could share their individual love for the soap genre, the shows, the characters and the actors. So, Bryton and I decided to build an app that would unite soap fans from all over the world,” said Goddard to Soap Opera Digest of his joint venture with James. “That way they could find and be found by other fans who are into the same interests and passions besides just soaps. And from that the idea for BILDBORD was born, but it became much bigger than that.”

Earlier this month Goddard announced on his social media channels that he had big news to share. “I’ve been wanting to share this for so long! (btw… I know it isn’t Friday… I recorded it late last night but didn’t post till now,” said the former “Y&R” star at the time. On April 22, he updated the cover photo on his official Facebook page with the name of the app. It wasn’t clear at the time what he was referring to leaving fans curious and intrigued.

Goddard appeared on Facebook Live earlier today detailing the app’s use and how one can download it.

For more information on the app, watch the video below and visit the App Store to interact and share. It’s free!

I’ve been wanting to share this for so long! (btw… I know it isn’t Friday… I recorded it late last night but didn’t post till now. 🤦🏻‍♂️😂❤️❤️❤️❤️❤️)